I got this idea from another BMW site as a way to repurpose the glovebox flashlight power feed. While my flashlight works after soldering in a new battery, it doesn't compete with a cheap modern LED flashlight. The power feed to the flashlight does give the opportunity to power devices without needing to rely on the cigarette lighter, which is positioned in front of the shifter.

The solution lies in Radio Shack Binding Posts (p/n 274-0009) and female spade terminals connected to a power socket. I used a Yeebline 10A socket used for dashcam applications (amazon.com). 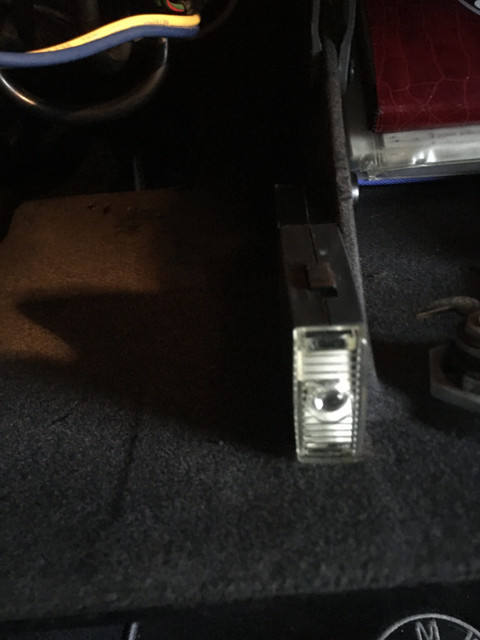 The attractive but feeble flashlight is connected to always-on power ... which is why the rechargeable batteries don't last long. 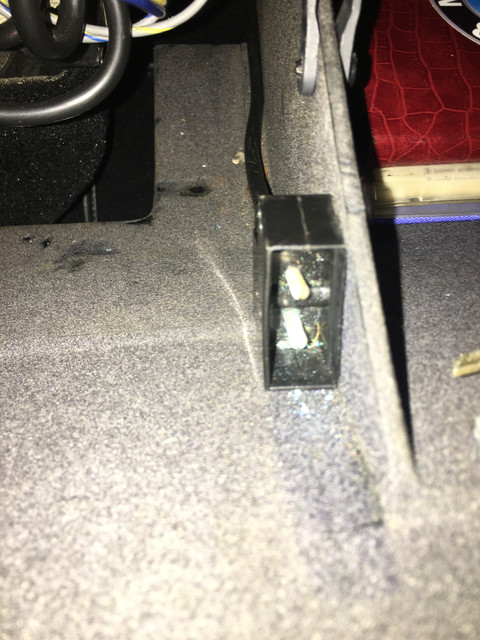 The flashlight plugs into this connector. The top post is hot, the bottom is ground. 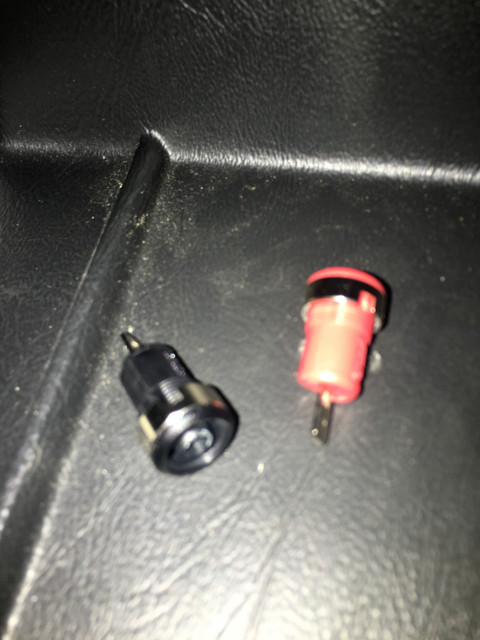 These are the post connectors, which come in pairs and are color-coded. 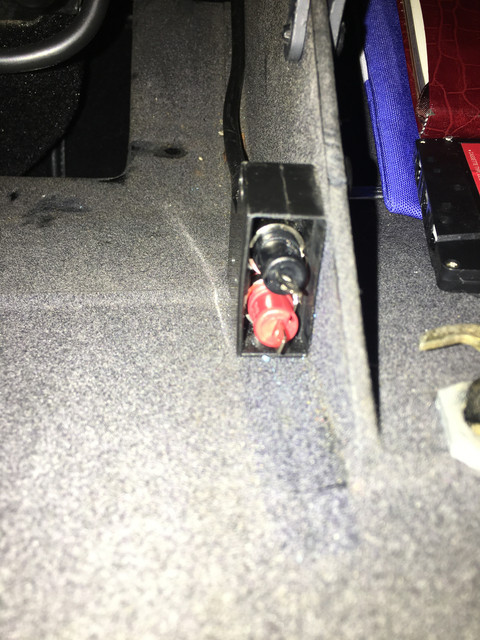 The fit is snug, but both post connectors will fit into the glovebox connector. Note I've got the polarity reversed on the connectors for this photo 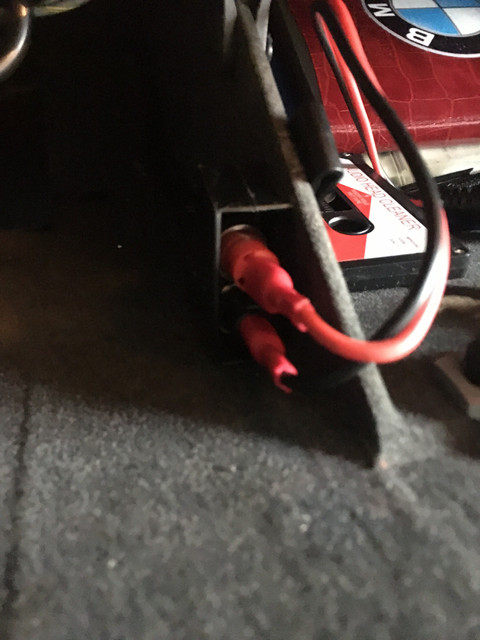 Female terminals crimped onto the power socket wires and connected to the spades on the post connectors. Note that the contact at the rear of the socket (where the tip of a plug contacts) is positive and the barrel of the socket is negative (obvious, but useful to remind oneself of to keep polarities straight). 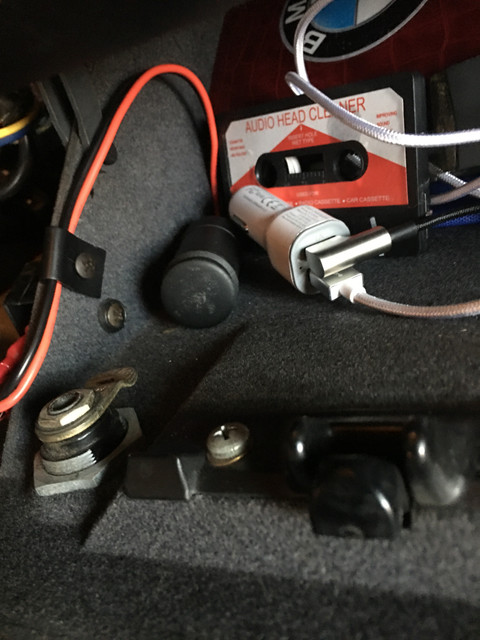 I used a plastic panel clip-nut with the threaded part cut off to form a j-shaped wire guide. There is a pinch point just behind where the flashlight connector is. Remember power is always on, so use a dummy plug to stop metal things from entering the power socket when not in use. 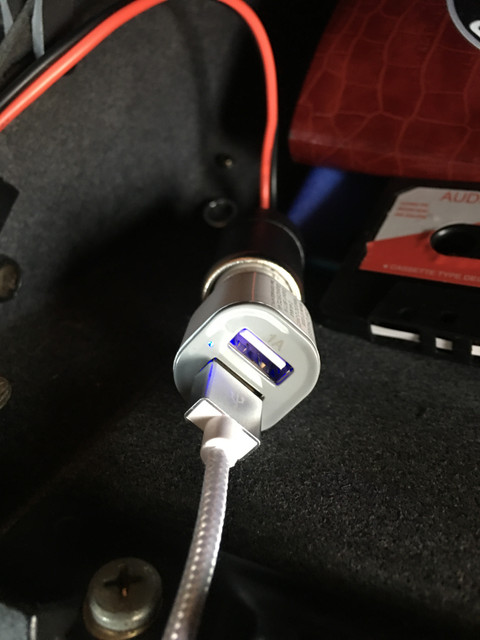 Here's a basic USB lighter plug. I've ordered one with a digital voltmeter for $12, which will be a cheap onboard diagnostic hidden away. Remember the power is always on so there will be some battery drain if you don't unplug anything drawing current. 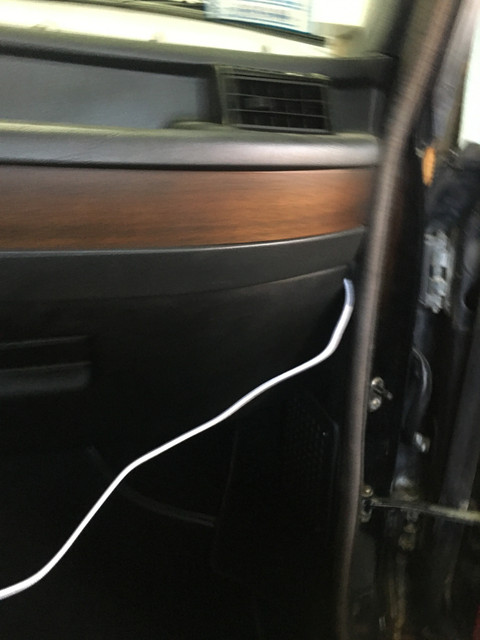 A three-foot USB charging cable can be fed out the right side of the glovebox without crimping. 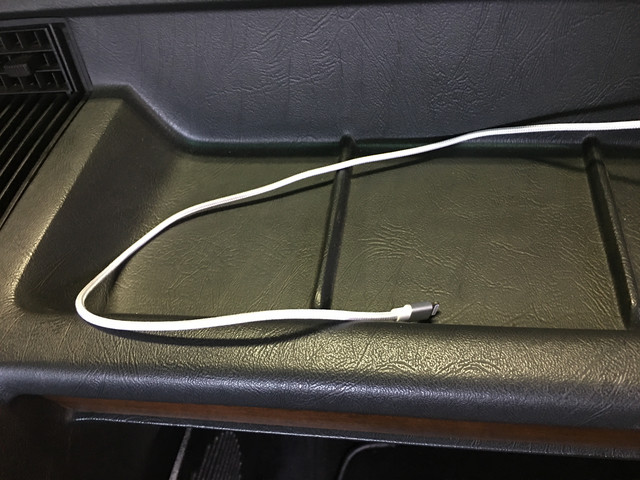 The cord is plenty long. 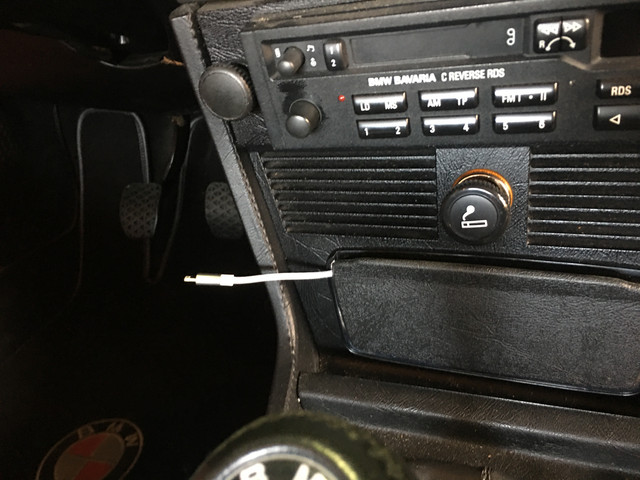 If you prefer to drop your phone in front of the shifter boot in landscape mode, a three footer will do the job.
(oo=00=oo) Eric
1981 528i Manual
Top

This is a really great solution Eric, thanks for sharing! I notice small USB cigarette lighter chargers don't play nice with the standard lighter socket because it's deep, you need bigger ones that then interfere with the shifter, so this is a great solution.